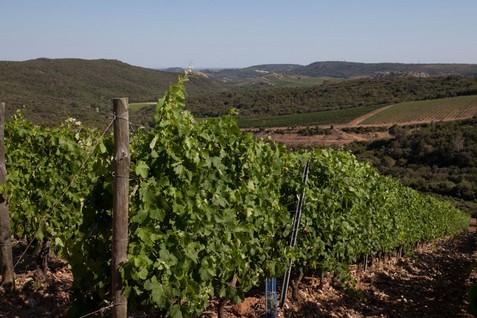 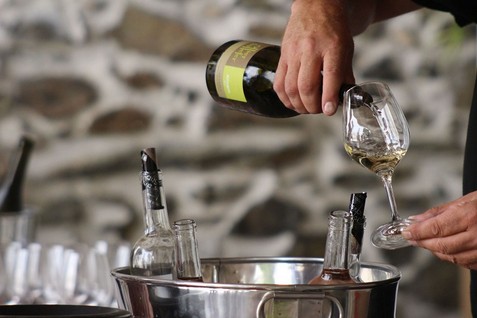 The vines face due south, at an altitude varying from 200 to 350 meters depending on the plot, on shale hills with steep slopes.
The grape varieties are traditional, composed mainly of black grenache, black carignan, syrah, mourvèdre, cinsault for our red and rosé AOC Faugères wines, and roussanne and rolle (or vermentino), for white AOC Faugères. 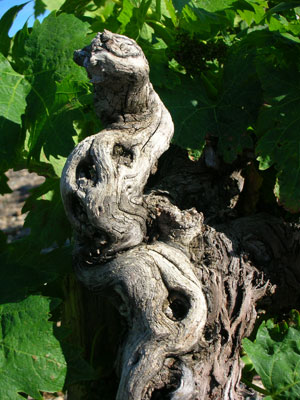 Our schists were formed at the end of the primary era, in Viseen between -330 and -300 million years ago. At that time a very large mountain chain, the Hercynian chain existed (of a size comparable to the Himalayas) and on the edge of this mountain chain was a sea with very deep marine pits like the pits that are found near from Japan or the west coast of South America.
At the bottom of these pits accumulated materials taken from the nearby mountains: very fine clay particles and at other times grains of sand.
These deposits, which accumulated over 30 million years, were buried deep in the earth's crust by plates movements, compressed and very heated: the clays became schists which disintegrate in sheets and the sands became sandstone. Then during the following 300 million years, these formations were brought to the surface, the layers were raised vertically sometimes and again fractured by these movements to achieve their current appearance.
Our shales have not been compressed as much as others, and are said to be of sedimentary origin because the starting minerals have remained essentially the same.
All this gives us soils formed by a clay matrix which nourishes the vine, retains water in depth, with pebbles formed by blocks of sandstone. The inclination of the layers (this is called 'dipping of the layers') allows the roots to intrude into the rock, enlarge the cracks and fetch water and food in depth. The soils hardly exceed 50 cm deep and are therefore not very fertile and fragile. The whole is very homogeneous, slightly inclined towards the south, located in a balcony on the fertile sandstone plain of the Biterroise plain. You can produce very great wines, with a nice balance of freshness / alcohol, very silky tannins from their youth, complex fruit and garrigue aromas and of course capable of aging in a good cellar.
Source : JC Bousquet et Association des Terroirs de schiste 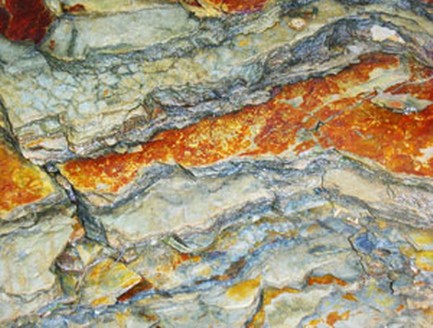